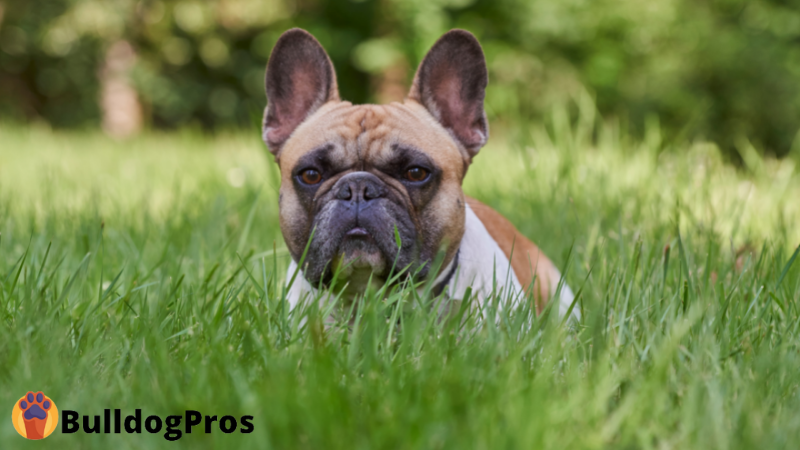 In this blog, Are Bulldogs Aggressive? The Truth Behind This Myth, we’ll explore if Bulldogs are known to exhibit aggressive behavior, whether female or male English Bulldogs are more aggressive, and when it’s best to get professional help. Remember that aggression is never justified, no matter the reason!

If you’re confused about whether or not Bulldogs are aggressive, read on for answers to some of the most common questions.

The Truth About Bulldogs

When it comes to bulldog breed temperament, opinions can vary greatly. Some people swear by bulldogs as the best breed for families, while others warn of their aggressive tendencies.

So, is bulldog breed temperament aggressive? The truth is, there is no one-size-fits-all answer to this question. It all depends on the bulldog’s individual temperament and behavior.

Why Do People Believe That Bulldogs Are Aggressive?

There are many sources of information that can be used to answer this question. Popular beliefs could come from hearsay, television, or stories told by family or friends.

However, the most reliable source of information comes from studies that have been done on Bulldog behavior.

A study published in the journal Animal Behavior investigated this topic and found that aggression was not consistently related to this breed type.

Bulldogs are amazing animals that are affectionate, loyal, and gentle. They require plenty of attention, but they’re also very trainable.

If you ever find yourself with a bully on your hands, don’t be afraid to get help from a professional such as a dog trainer. Bulldogs can be trained, so it’s important to have a clear plan for when training should start and end.

English Bulldogs are often considered one of the most affectionate breeds, but this doesn’t mean that they’re immune to aggressive behavior.

There are several reasons why an English Bulldog may exhibit aggressive behavior, including genetics and training methods. Fear, frustration, protection, and pain are all reasons a dog may act with aggression.

Another realm of aggression is triggered by abuse and mistreatment. It’s imperative that abuse of any kind not be tolerated or committed toward any dog.

If you notice your English Bulldog exhibiting signs of aggression, it’s essential to take action before things get out of hand.

If you are concerned your English bulldog may be aggressive, it is best to take them to a professional for evaluation and training.

By understanding why your dog is behaving in the way it is, you will be in a better position to correct the aggressive behavior.

There is some debate surrounding whether female or male English Bulldogs are more aggressive than the other.

Some people believe that female English Bulldogs tend to be more aggressive due to their hormonal fluctuations, while others claim it’s simply gender-based aggression.

Regardless of the cause, aggression in any dog breed is never good.

Aggressive behavior can occur in all breeds of dogs. Below is a list of common types of aggression seen in dogs, not pertaining to only English Bulldogs or other types of Bulldogs.

If you’re ever in danger, the last thing you want is your dog attacking you. Fortunately, a few signals can clue you in that your dog is about to become aggressive.

Watch for signs like growling or bowing their back and prolonged staring. If you see any of these signals, it’s best to take action fast.

Try to defuse the situation and provide plenty of positive reinforcement when your dog behaves and displays good behavior. Being proactive and learning how to recognize the signs that your dog is about to become aggressive can help avoid nasty confrontations.

What To Do During an Aggressive Episode

Bulldogs are known to be one of the most docile breeds when it comes to dogs. However, any dog, not the breed, could show aggressive behavior. That being said, there are certain things that you can do to prepare yourself for an aggressive episode. Here are five tips that will help:

1. Always remember that you are in control.

4. If contact is unavoidable, use your voice and assert yourself.

5. Be aware of your surroundings and know how to escape if necessary.

Aggressive behavior can be a real pain for both you and your English bulldog. If you’re not able to solve the problem on your own, it might be best to seek the help of a professional.

If the situation becomes unbearable, consider boarding or hiring a professional service to help you get to the root of the problem and solve it.

Try to find a bulldog breed temperament specialist who can help you tailor specific training and behavior modification methods to your bulldog.

Also, getting your dog obedience training has been shown to be helpful with different types of behavior, including aggression.

It’s a good idea to start obedience school at an early age, even before your pup has developed bad behaviors. This will also allow them to get used to interacting with other dogs.

There are many different techniques that can be used to handle aggressive and bad behavior, so find one that works best for your dog and your situation.

Finally, be patient – it may take some time, but with the right training and guidance, your bulldog can be a loving and gentle member of your family.

The Fluffy French Bulldog – What You Should Know

Bulldogs are one of the most popular breeds in America, and for a good reason – they make great family pets!

Contrary to popular belief, Bulldogs are not known for being aggressive. They are one of the most peaceful dog breeds. Like other dogs, something could cause an aggressive act.

However, by understanding the signs of aggression and how to deal with them, you can prevent any conflicts from happening in the first place.

If you ever find yourself in a situation where your dog is aggressive, remember to get the help of a professional as soon as possible!

After reading through Are Bulldogs Aggressive? The Truth Behind This Myth, the truth behind the myth, is that Bulldogs are not by nature aggressive.

Have you had to deal with dog aggression, and what was the outcome? Please comment below.

Can Bulldogs Swim? – Here’s What You Need To Know

Dogs And Separation Anxiety – The Facts

Positive Reinforcement Dog Training: What It Is and How It Works