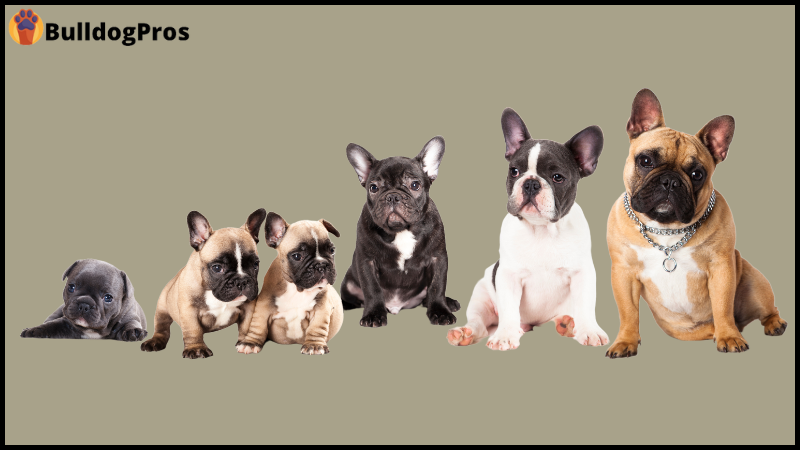 Are you looking for a loyal companion that will make your life a little bit nicer? Look no further than the French Bulldog! This dog breed is known for its gentle and loving personality, making it an excellent choice for people who want a dog that will be there for them through thick and thin. But how big does a French Bulldog get? Here are the answers you’re looking for!

Are there Different Size French Bulldogs?

Although the average height of a full-grown, standard-size male French Bulldog is between 12 and 15 inches, some variation has been found among this breed.

Many variables, including their genes and gender, and regular exercise habits, determine the size of your pet.

There are three ways that the smaller-sized French Bulldog is accomplished.

When a French Bulldog is bred with another, smaller breed dog, to achieve the smaller size Frenchie.

The appearance of a mixed French Bulldog will depend on the dog breed they were mated with.

The crossbred Frenchie can take on the appearance of both breeds, look more like the second breed or look like a scale down version of the standard size French Bulldog.

Another way of breeding for a small size Frenchie is when a breeder purposely introduces the dwarfism gene found in a purebred dog. The result of this type of dwarfism is called Chondrodysplasia.

The bones in dogs with Chondrodysplasia don’t reach their full-size potential resulting in dwarfism.

It’s important to understand that Chondrodysplasia may cause various health issues including bowed limbs, distorted joints, lameness, and severe impairment in growth.

Shorter legs are a characteristic of Chondrodysplasia.

The breeding of runts of a litter to other runts from another litter will increase the likelihood of producing a runt, or smaller, size dog.

With each Frenchie category below the dog’s size is estimated and is determined by the Frenchie’s genetics and the breeding method used by the breeder.

It’s hard to give an exact measurement because the smaller Frenchies have been bred with other breeds, so depending on the parents, their size will differ.

The Teacup French Bulldog, while not an official breed and not recognized by the American Kennel Club (AKC), is simply a smaller version of the standard size French Bulldog.

As an adult dog at maturity the average size teacup Frenchie will be around 4 lbs and 5-7 inches tall.

Again, like the Teacup Frenchie, the Toy size is not recognized by the AKC.

At maturity, an average size Toy French Bulldog will be somewhere around 10-14 lbs and 6-11 inches tall.

Like the other two small-size Frenchies the Miniature or Mini French Bulldog is not recognized as a breed by the AKC.

The Standard size French Bulldog is recognized by the American Kennel Club.

Generally speaking at maturity, most female French Bulldogs have an average weight anywhere between 16-24 lbs and the male French Bulldog is generally 20-28 lbs. Anything over 28 pounds is considered obese by the AKC.

The standard French Bulldog is somewhere between 11-13 inches tall.

At What Age Is A Frenchie Fully Grown? 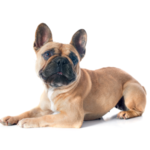 In How Big Does A French Bulldog Get? we have provided you with information about different size French Bulldogs, including how the smaller size French Bulldogs are derived, how tall the various sizes generally are, and when they reach full growth and maturity. We have also included a developmental chart to help you visualize the process.

What size Frenchie are you considering or already have? Please comment below.

The Dog Stroller Guide: Everything You Need To Know