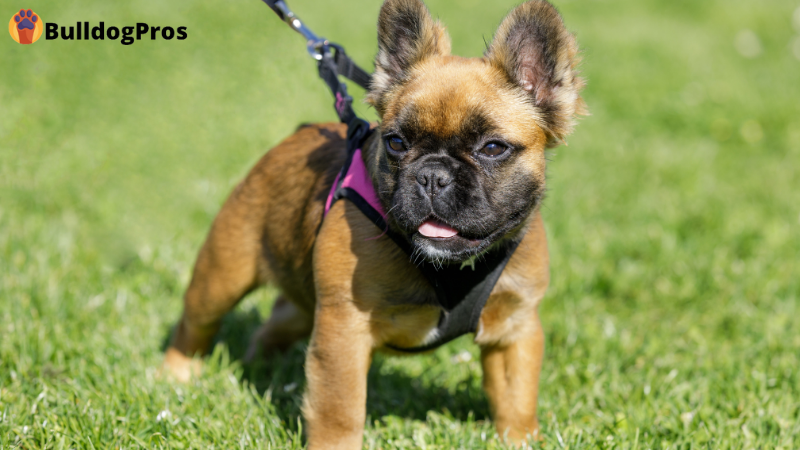 Video: The Fluffy French Bulldog – What You Should Know

Are Long Haired French Bulldogs A Cross Between Two Breeds?

Many people believe that long-haired Frenchies are a mixed breed. This is probably because of its history. In the 1800s, Bulldogs were bred with Terriers to produce a small bulldog, the French Bulldog. This is where the long haired gene for the Frenchie seems to have originated.

Today, with the advance in DNA testing, the long-haired Frenchie is found in genetics, not in crossbreeding. The question, are fluffy Frenchies purebred? has now been answered. Fluffy’s are not the result of two mixed breed dogs, as some people believed but actually are 100% French Bulldog.

The answer is found in the LH – long hair gene, sometimes known as the Fibroblast Growth Factor, is responsible for this unusual form of French Bulldogs.

Besides the length of fur, the Fluffy Frenchie and the standard type Frenchie have the same characteristics.

How Long Do Fluffy Frenchies Live?

The average fluffy Frenchie Bulldog lifespan is between 10 and 14 years.

From standard colors and patterns like black, cream, fawn, and brindle to distinctive ones like blue, lilac, merle, and tan, Fluffy Frenchie’s coats come in various hues.

Like a standard Frenchie, the Fluffy French Bulldog at maturity, generally weighs between 20 – 30 lbs. Males are stockier and more muscular than females and usually about 5 lbs heavier.

How Much Do Fluffy Frenchies Cost?

If you are looking to purchase a long hair French Bulldog, you might be surprised to find out the fluffy Frenchie price.

Before purchasing any puppy, including Fluffy Frenchies, be sure to research to be sure you are transacting with a reputable breeder and not backyard breeders just in it for the buck.

What Are The Health Problems Associated With A Long Hair French Bulldog?

Brachycephalic airway obstruction syndrome causes breathing difficulties in any flat-faced dog breed, including the Frenchie. These dogs don’t do well in hot or humid climates.

Anesthesia can be problematic. Before going under any anesthesia, be sure to discuss the risks involved.

Autoimmune skin disorders and skin allergies are also known to occur with Frenchies.

What is The Temperament Of Fluffy Frenchies?

They are incredibly loving wanting to spend as much time as possible with their owner making them perfect companion dogs.

Frenchies are known for their active nature and love of playing fetch, running around, and being around people.

Despite the bulldog look, the Fluffy Frenchie is not an aggressive breed.

How To Take Care of Your Long Hair French Bulldog

If you have a long-haired French bulldog, you know that keeping them healthy can be a challenge. Here are some tips to help you out:

Monitor any signs of allergies or health issues in your dog and take appropriate action as needed. Make visiting your vet a normal routine.

Before purchasing a Frenchie, note that vet visits can be expensive, especially if your Lil one gets sick. It’s a good idea to look into pet insurance to help with any vet expenses that might arise.

Be sure to offer exercise and playtime, so they don’t get too bored! However, because of their flat face and snout, they are prone to breathing problems and overheating, so it’s important that you regulate their exercise and not allow them to exert themselves. This is especially true in humid or hot weather.

Shedding or loose hair may be removed with weekly brushing. Brushing also helps to spread natural oils across the coat, which aids in the health of the dog’s coat.

The folds of a Fluffy Frenchie should be kept clean and dry.

Overly long nails may cause discomfort, so don’t forget to clip their nails.

Be sure to keep their loveable bat ears clean. Not sure how? How To Clean A French Bulldog’s Ears can help you out.

We hope you have enjoyed reading our blog post on the Fluffy French Bulldog. A long haired French bulldog is a beautiful dog with a lot of personality. Keep in mind they can be quite costly, but I could see falling in love with these adorable fluff balls.

Please feel free to leave your thoughts in the comments section below!

Can Bulldogs Swim? – Here’s What You Need To Know